at their new maintenance depot in Stavanger, Norway.

The installation was a perfect example of Green Trough's flexibility, allowing the installers to easily navigate obstacles and manually process/adjust units on site. 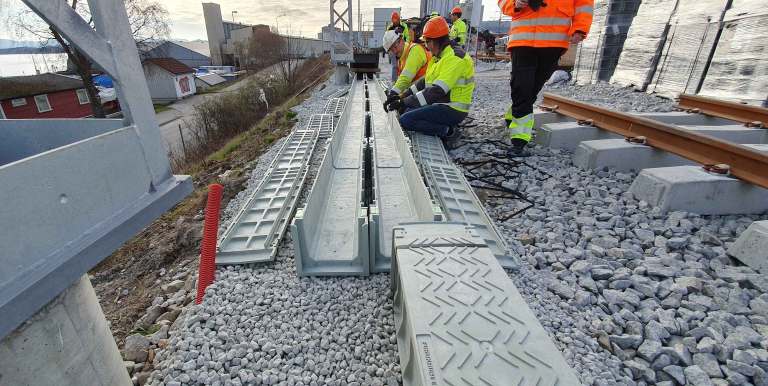 Introduction of Green Trough in Denmark

We are delighted to report that Green Trough 150 series has been installed as part of the impressive Koge Nord station in Denmark. The installers wanted a lightweight, strong cable trough which would also allow easy access to cables in future.

Furukawa Electric has developed new Pump Source technology for Raman amplification using incoherent light. The new Pump Source technology using incoherent light suppresses the effect of fluctuations in the pump light on the signal light. This makes it possible to realize co-propagating Raman amplification, the practical application of which has been difficult in the past. Co-propagating Raman amplification is an effective technology for the improvement of transmission characteristics and extension of transmission distance in optical fiber communications. This new development is expected to contribute greatly to the development of high-speed and large-capacity optical fiber communications systems, including for digital coherent optical transmission at 600 Gb/s and at over 1 Tb/s, which is being developed around the world in response to the expected rapid increase in traffic in the 5G era.
This new Pump Source technology and its effectiveness in Raman amplified light transmission were presented at Photonics West 2019(note 1), the world's largest international conference on optical technology held in San Francisco from February 7, 2019, and at OFC 2019(note 2), the world's largest international conference on optical fiber communication that is being held in San Diego from March 3, 2019. 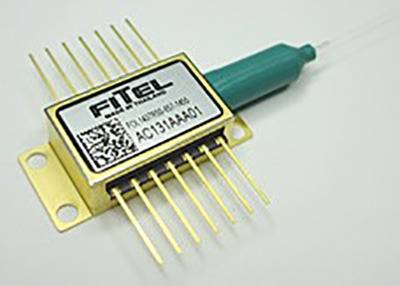 As it is expected that there will be requirements for even higher output and lower power consumption characteristics in the future, Furukawa Electric will continue to aim for even higher performance enhancements based on the technology in these products.

Furukawa Electric Co., Ltd. has been selected in the “Top 100 Global Innovators 2017” awards, judged by Clarivate Analytics (headquarters: Philadelphia, U.S.A.; Japan office: Minato-ku, Tokyo), and on June 12, Furukawa Electric received a trophy from the company. The intellectual property activities of the Furukawa Electric Group have been recognized in the awards three times so far, with the last award received in 2015.
Furukawa Electric received high praise in the criteria of “success,” which is based on the rate of patents granted, “globalization,” which is an indicator of patents applied for in the United States, Europe, China, and Japan, and “influence,” which is an indicator of the frequency at which a company's patents is cited in the inventions of other companies.

This award signifies high global approval of our intellectual property activities toward new technologies that will carry future business. We believe that our selection for the award is a result of our work in R&D activities and IP activities carried out under the banner of strategy and globalization, and as such, we will continue to work to bolster these activities even further.

We are pleased to introduce the FITEL S185 series of Fusion Splicers specifically designed for splicing specialty optical fibers used in optical components, fiber lasers, and optical sensors. As manufacturers increasingly use specialized fibers for constructing optical components and fiber lasers, conventional fusion splicers are proving unwieldy, expensive, and unsuitable for these applications. By emphasizing functions critical to manufacturing and removing extraneous features, Furukawa created the S185 Fusion Splicer series – a line of more compact, cost-effective, and efficient splicers for use in production and with specialized fibers including Polarization-Maintaining Fiber (PM Fiber) and Large-Diameter Fiber (LDF). 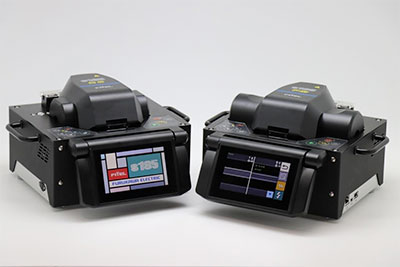